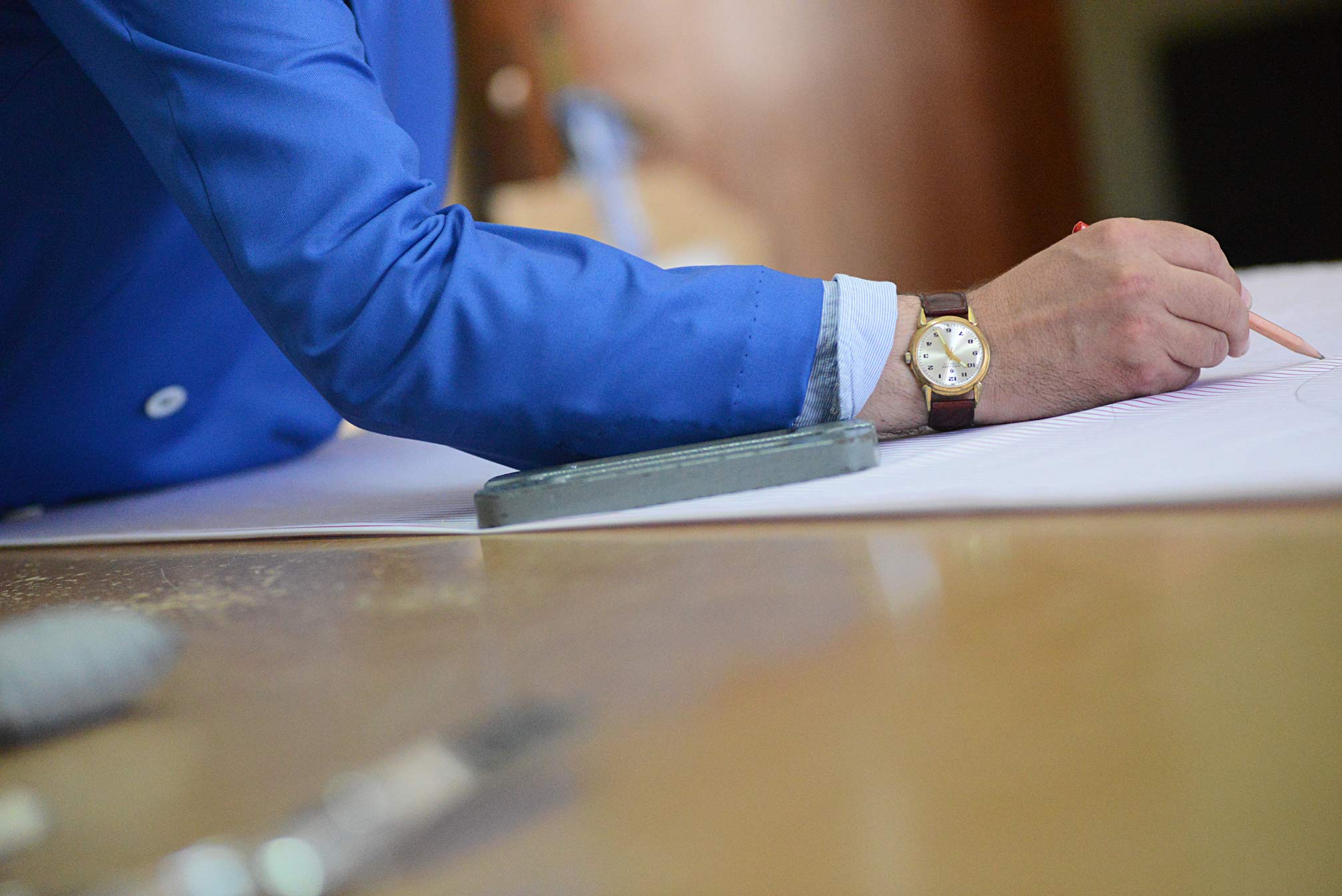 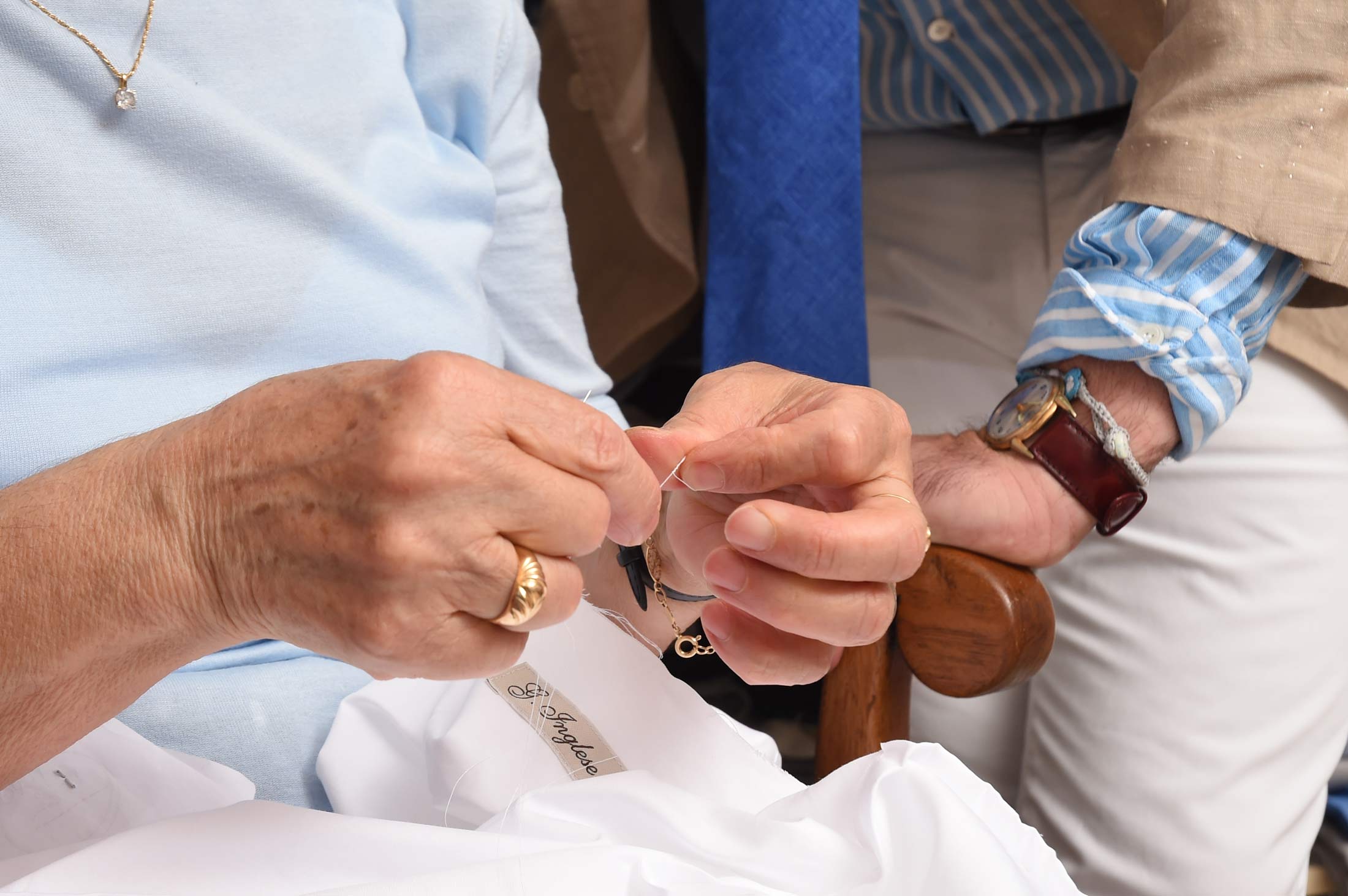 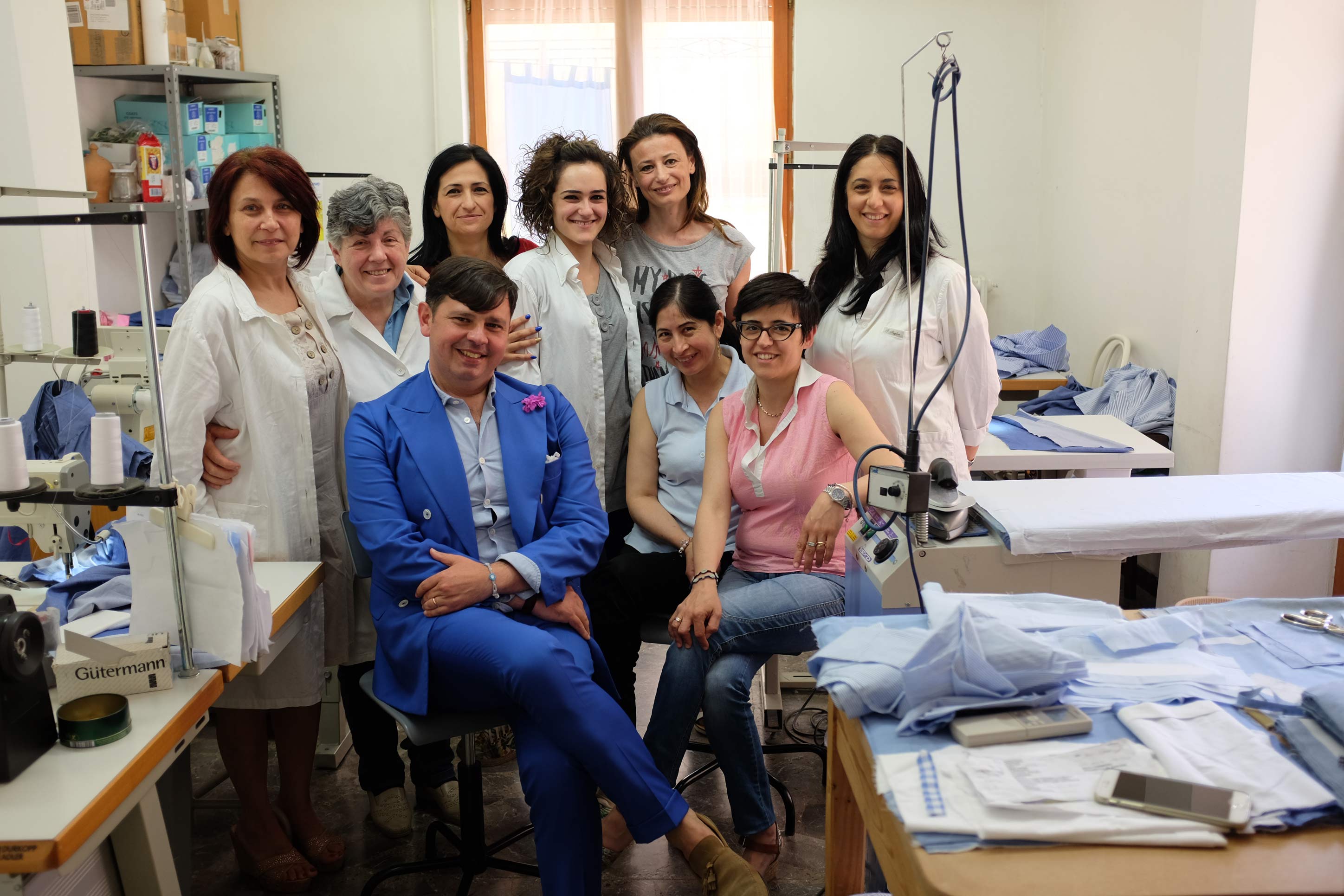 Ginosa, Italy is best know for its Gravina, an archaeological formation of ravines, with caves and churches carved into the rocks, neighboring Madera, the town where the cruxification scene for the film Passion of Christ was shot. Like a hidden gem worthy of the title, there is no direct flight, train or bus to the hometown of Angelo Inglese of G. Inglese. The latter was raised in a family of tailors, his grandmother made shirts in the 1950’s and passed on the craft to his father and ultimately Angelo.

M. Inglese is a master shirt maker, “I adhere to traditional shirt-making techniques using old fashion sewing machines”.  His shirts take no less than 25 steps to make, exclusively by hand and with silk thread. There is a personal touch that goes beyond simply stitching pieces of fabrics together, in his case there is an art applied to shirt making that reflects generations emerged in a practice of passion.  Producing only 4,000 shirts a year, Angelo meticulously approves each piece before it leaves his sartoria. 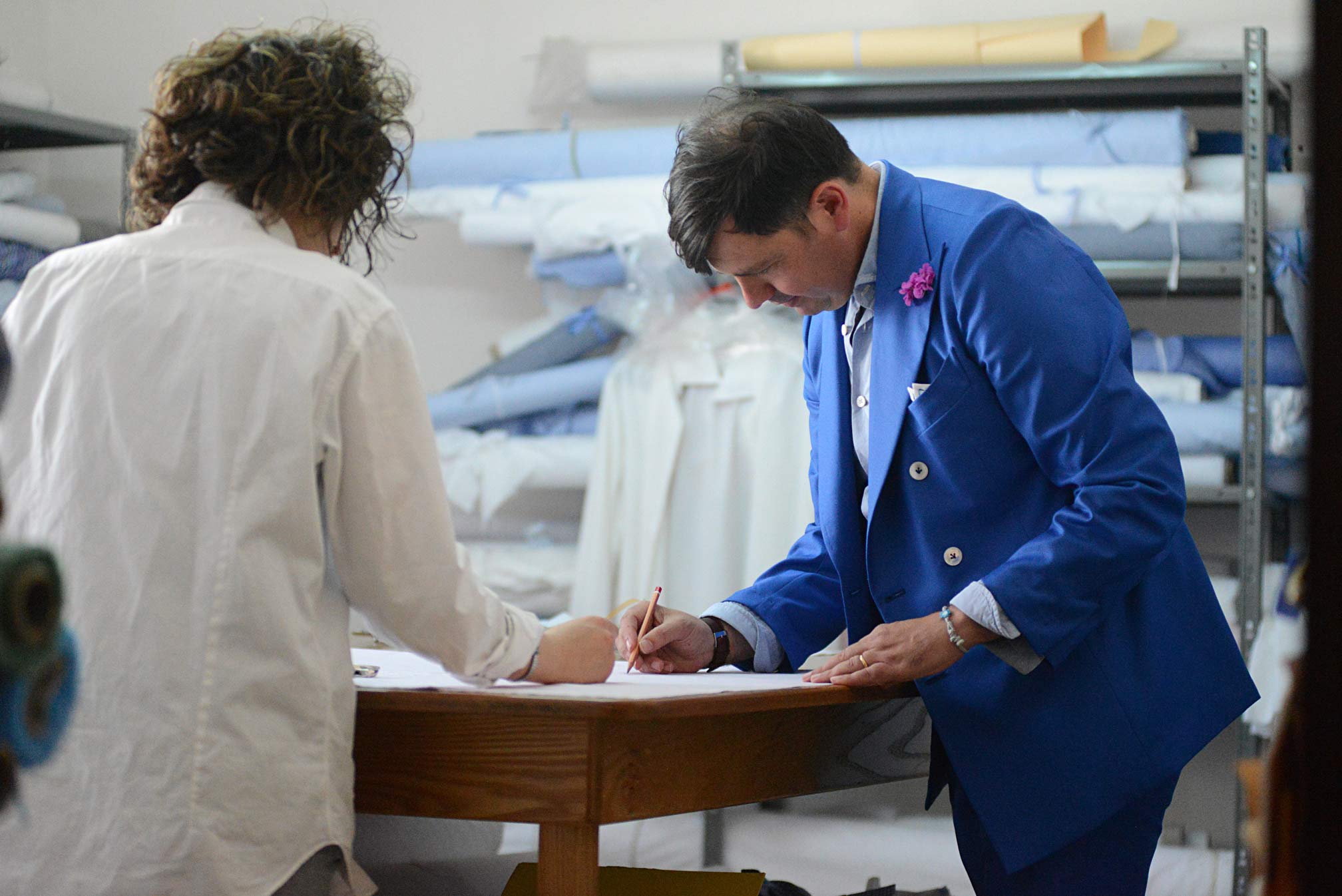 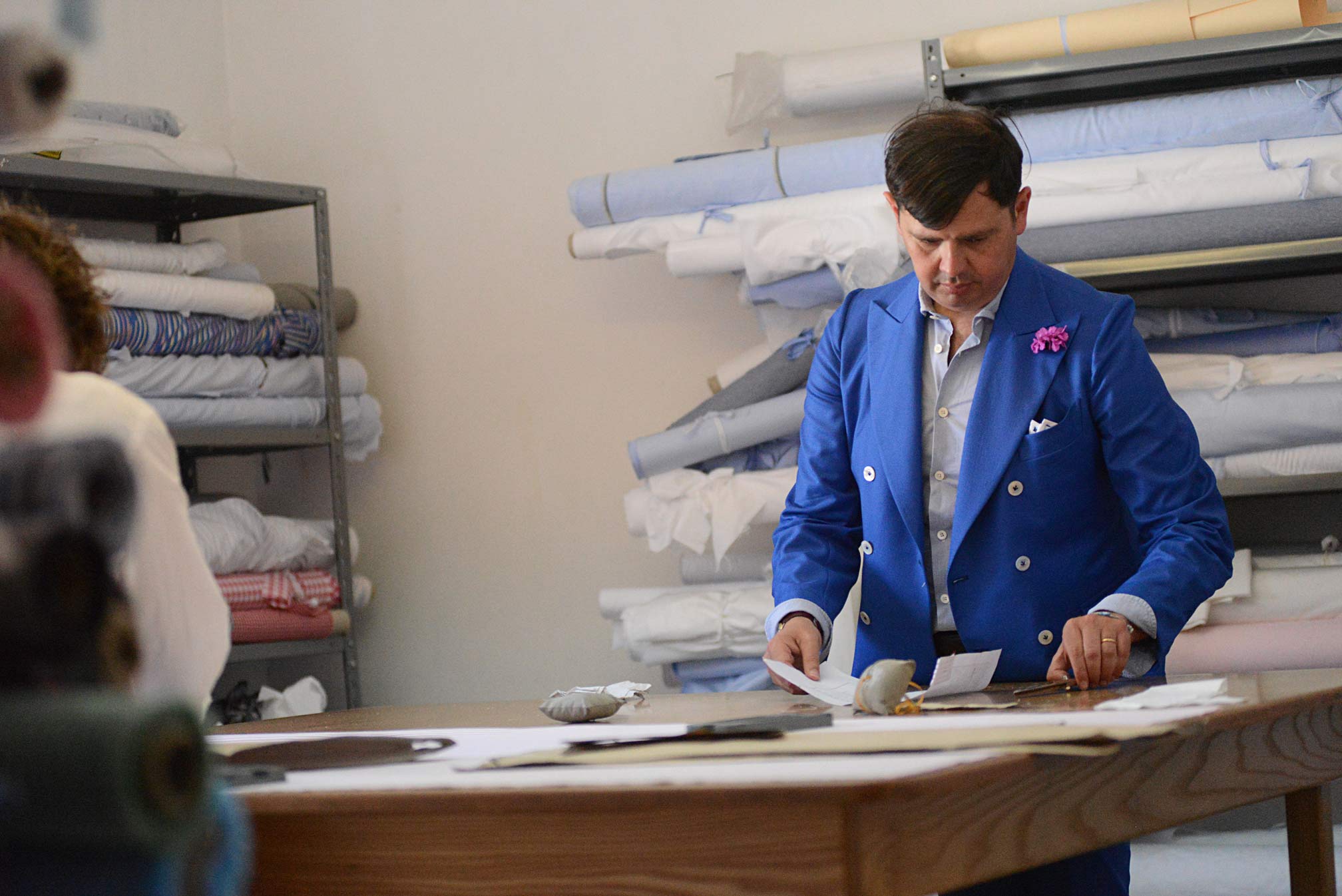 There is something that evokes an old school heritage while maintaining both a regal and modern feel.  After traveling to Ginosa, Italy to visit Angelo, I fully understood how environment, culture, and location contributed to what he creates.  It is not a product that he creates, but instead a passion for his city that he shares – a timeless and priceless part of old Italy.