I recently went shopping for my favorite perfume and ended back at a familiar location that I wrote about some 8 years ago.  I re-read the article that first appeared on www.Toromagazine.com and decided to share it here as initially published since neither the rules, nor what was written has changed.

TORO decided to immerse itself in the topic and felt it only natural to sit with Cavallo, the store manager at the only CREED Boutique in the Americas, nestled in the heart of New York City on Madison Avenue. CREED is a sixth-generation, family-owned business (passed from father to son) that has operated since 1760, and it’s the only privately owned luxury perfume manufacturer in existence. Cavallo has 10 years* of fragrance experience under his nose, and not only brings his knowledge of traditional scents, he maintains a firm grasp on the current trends.

“The first thing one must know when selecting a scent is the purpose of the scent,” he says. “Is it for work, play, to reminisce, follow a trend, seduce, make someone jealous?” Without hesitation he lets it be known “the point is to find a fragrance that speaks your DNA without saying a word.” When asked to match notes with individuals, he offered the following:

The nightlife person and ladies’ man works well with something heavier and more seductive; something with notes that are inviting and seductive. Here the notes are more aphrodisiac in nature such as vanilla, cinnamon and santal.

Without missing a beat Cavallo adds that his job is to find out who the person buying the fragrance is and what the fragrance is for. He points out that what you do is not necessarily who you are and that the best bet is to have two scents. One for what you do, and the other for whom you are. He also points out that an individual who has a stressful job and is under pressure during the day should make it a point not to wear their fragrance when they are not working. “Your brain associates the smell with a stressful mode – wear a different fragrance. Wear a fragrance that smells how you want to feel.”

For those who have searched for a signature scent, finding the right one isn’t an easy task. It’s often about trial and error, but more importantly it’s about finally finding a scent that reflects who you are.

The steps to selecting the right scent:

The three categories of fragrances: 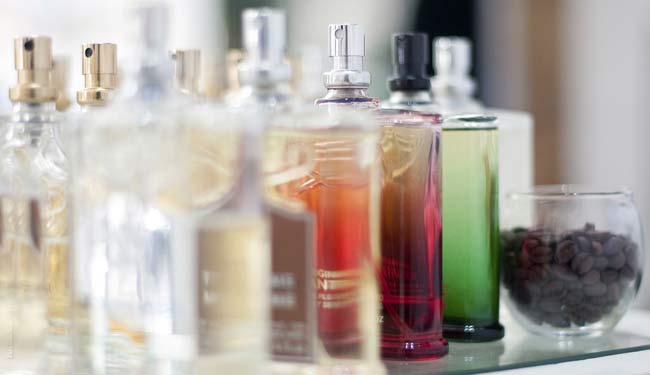 * Cavallo still at Creed has over 15 years experience in the industry.