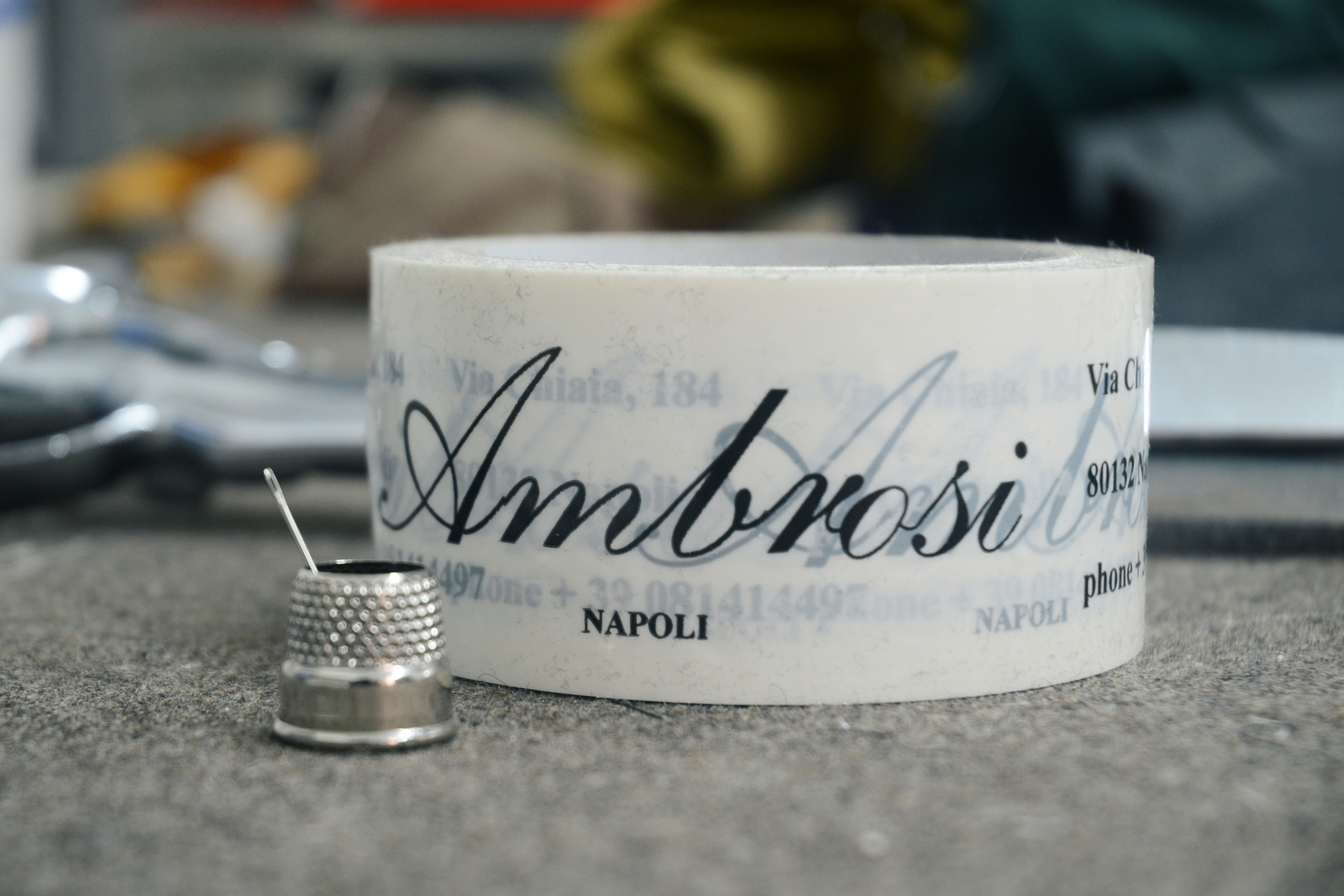 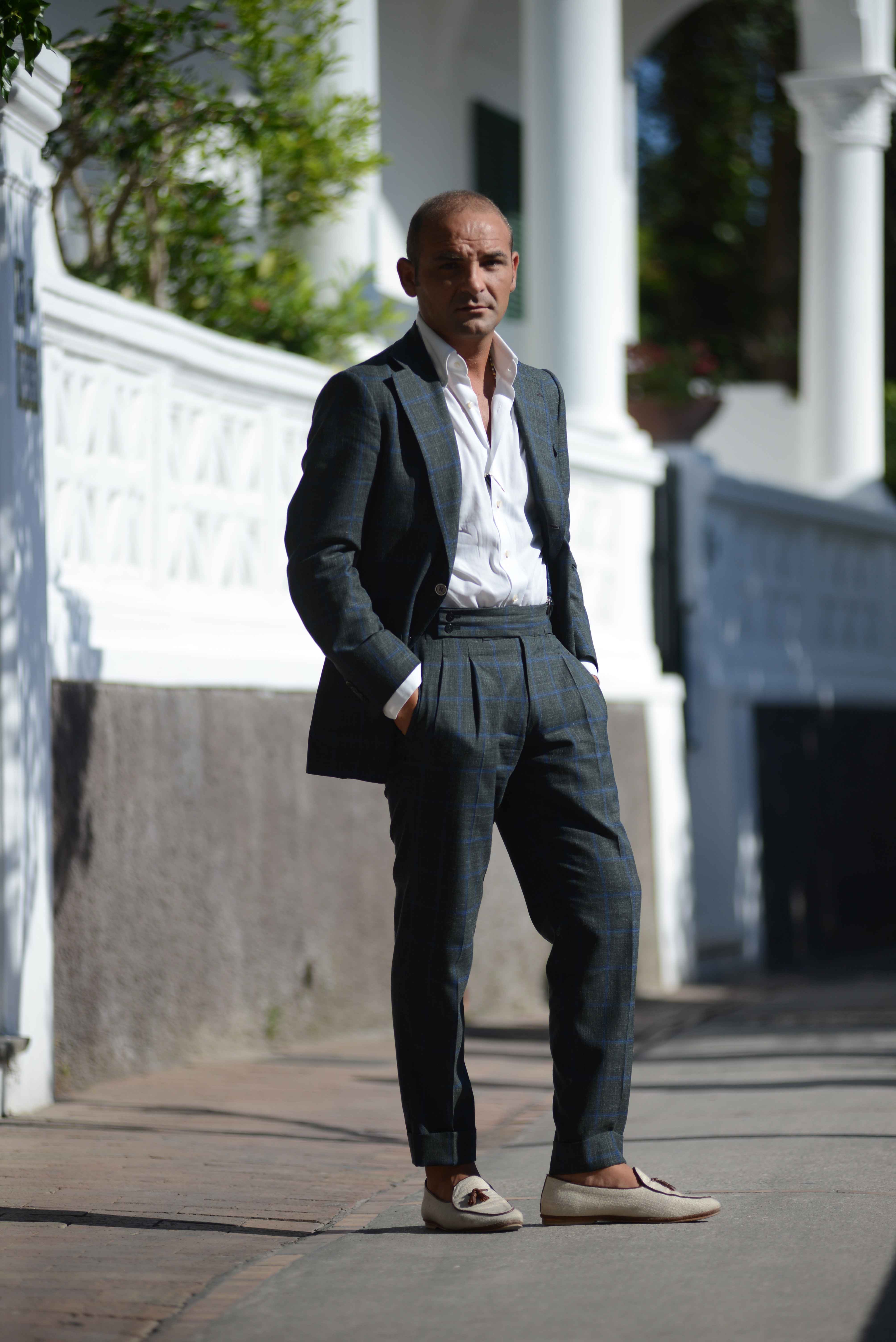 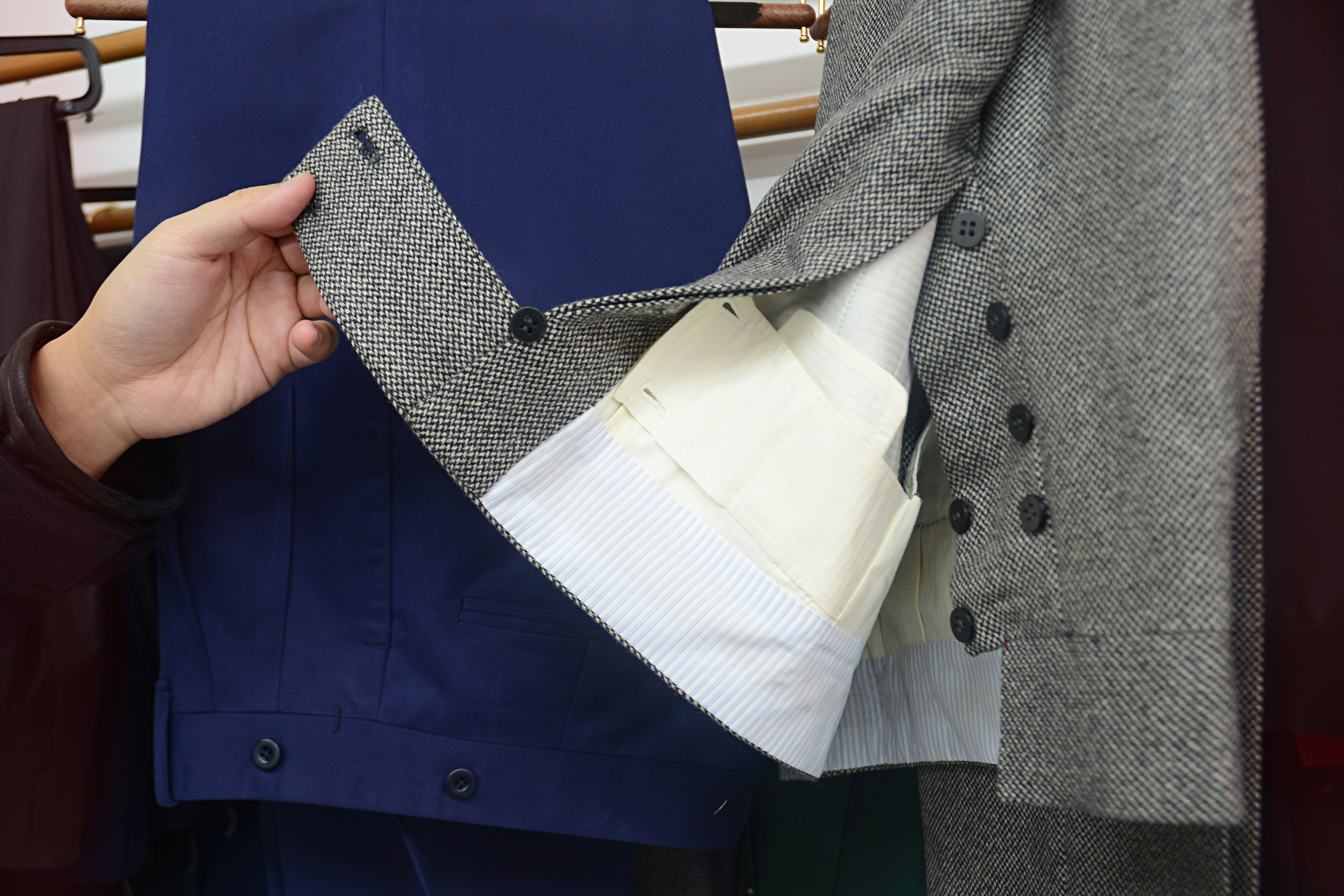 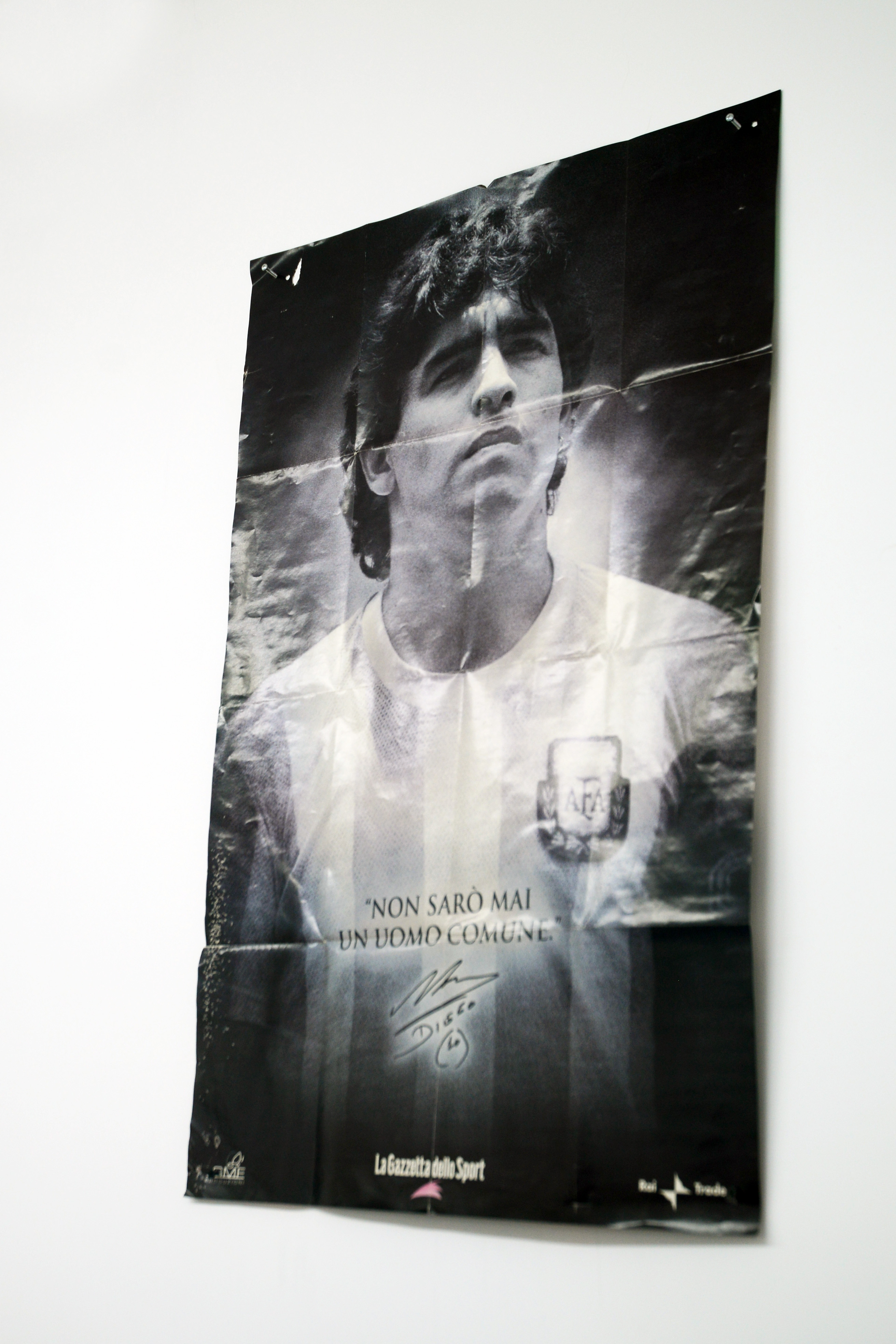 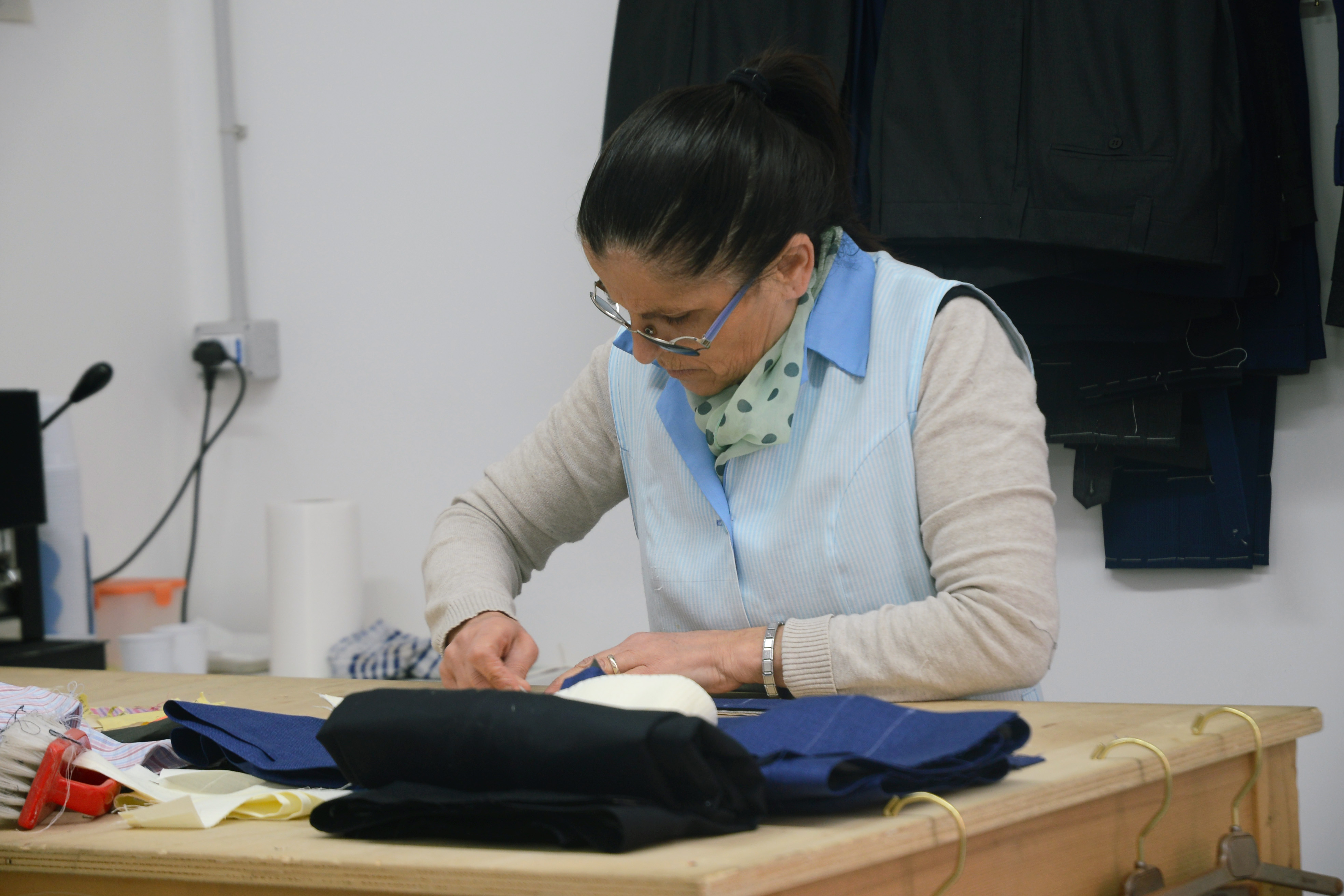 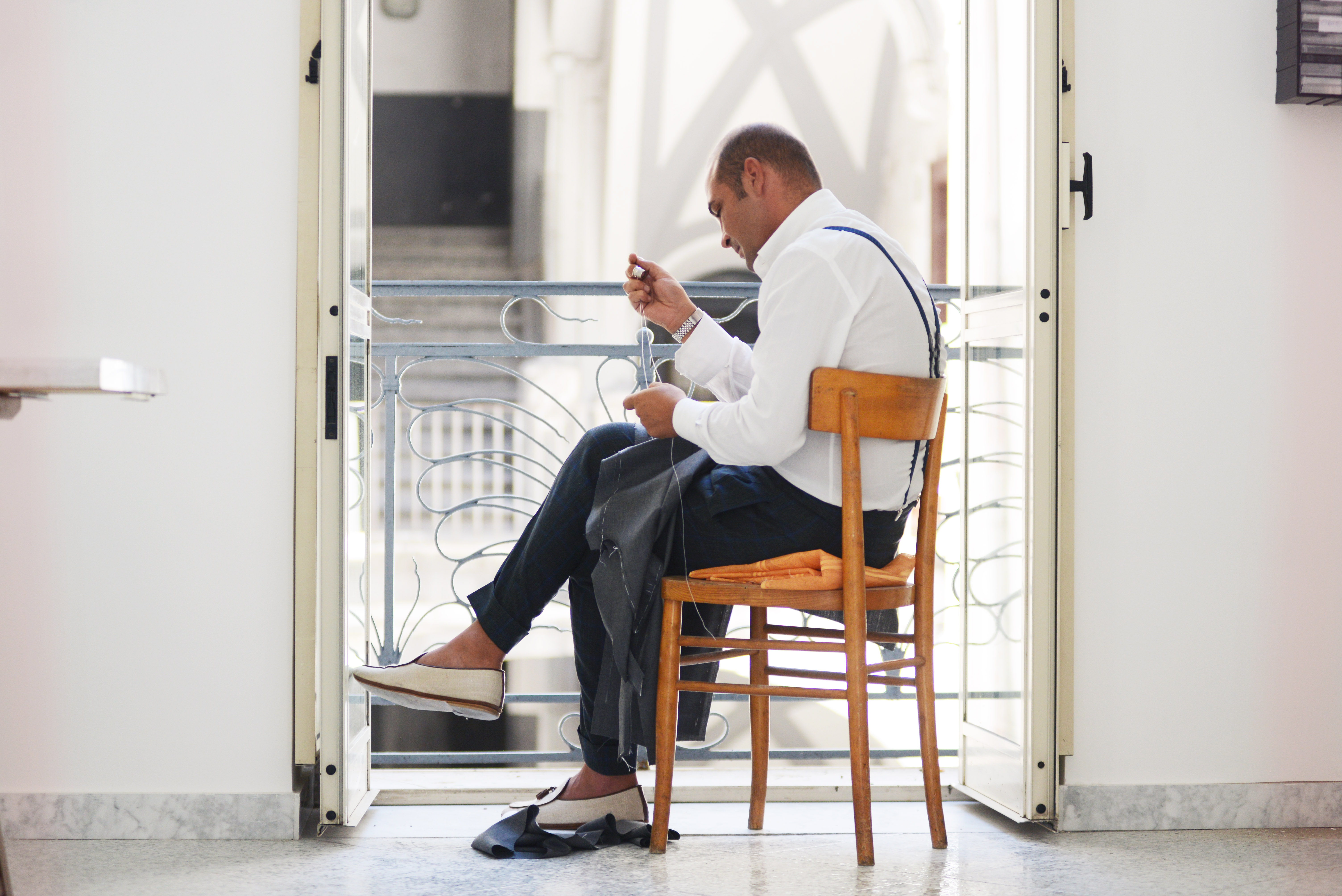 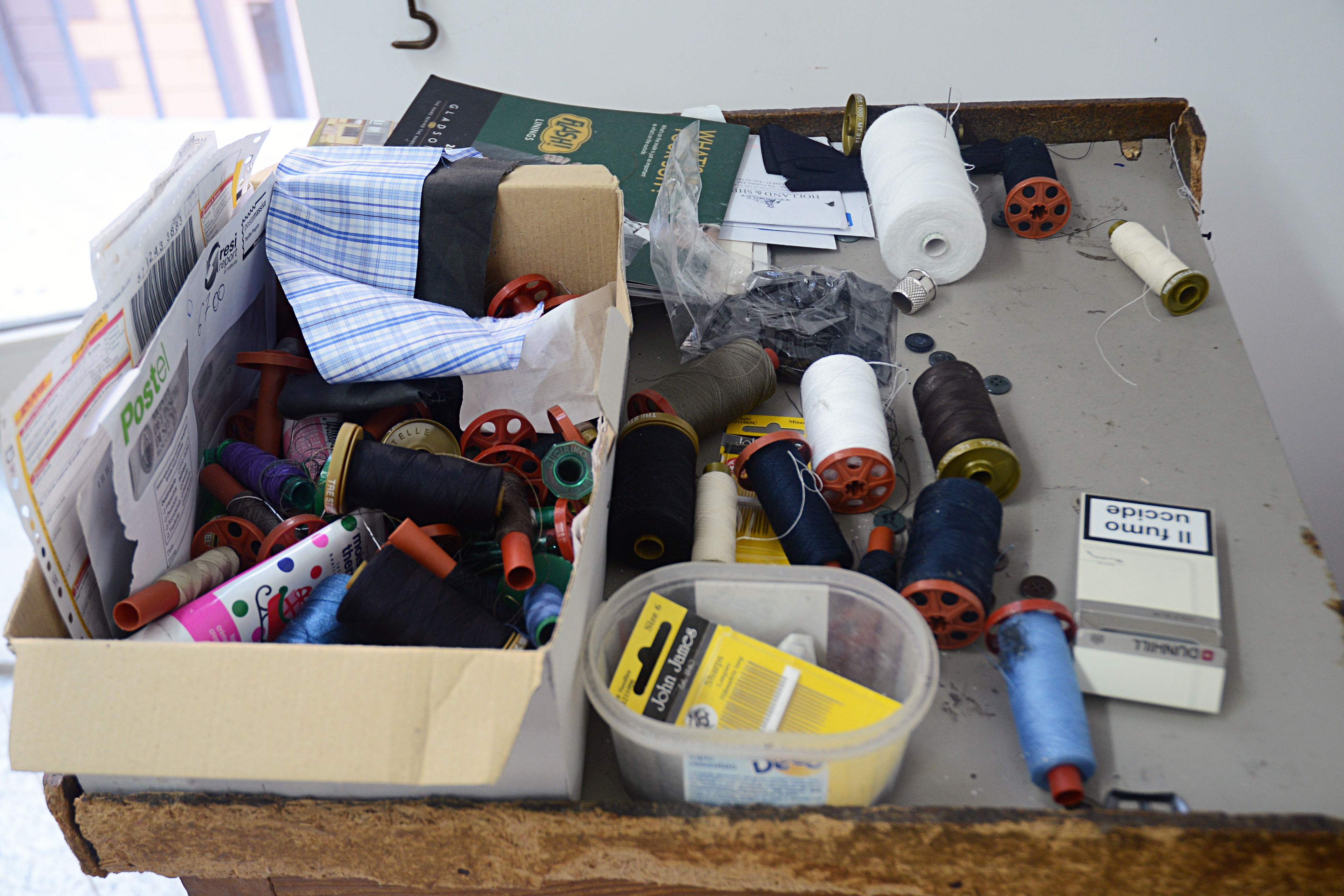 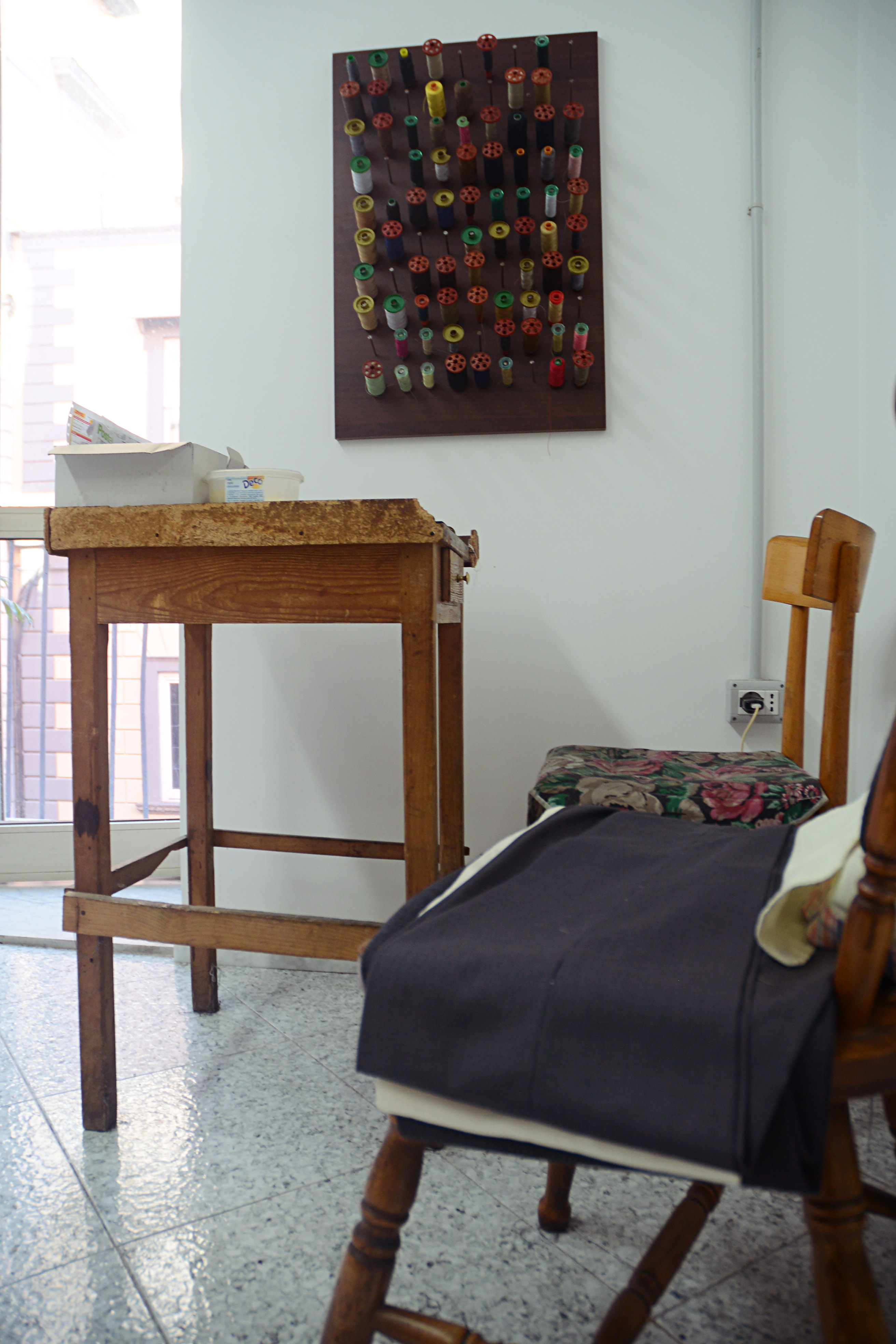 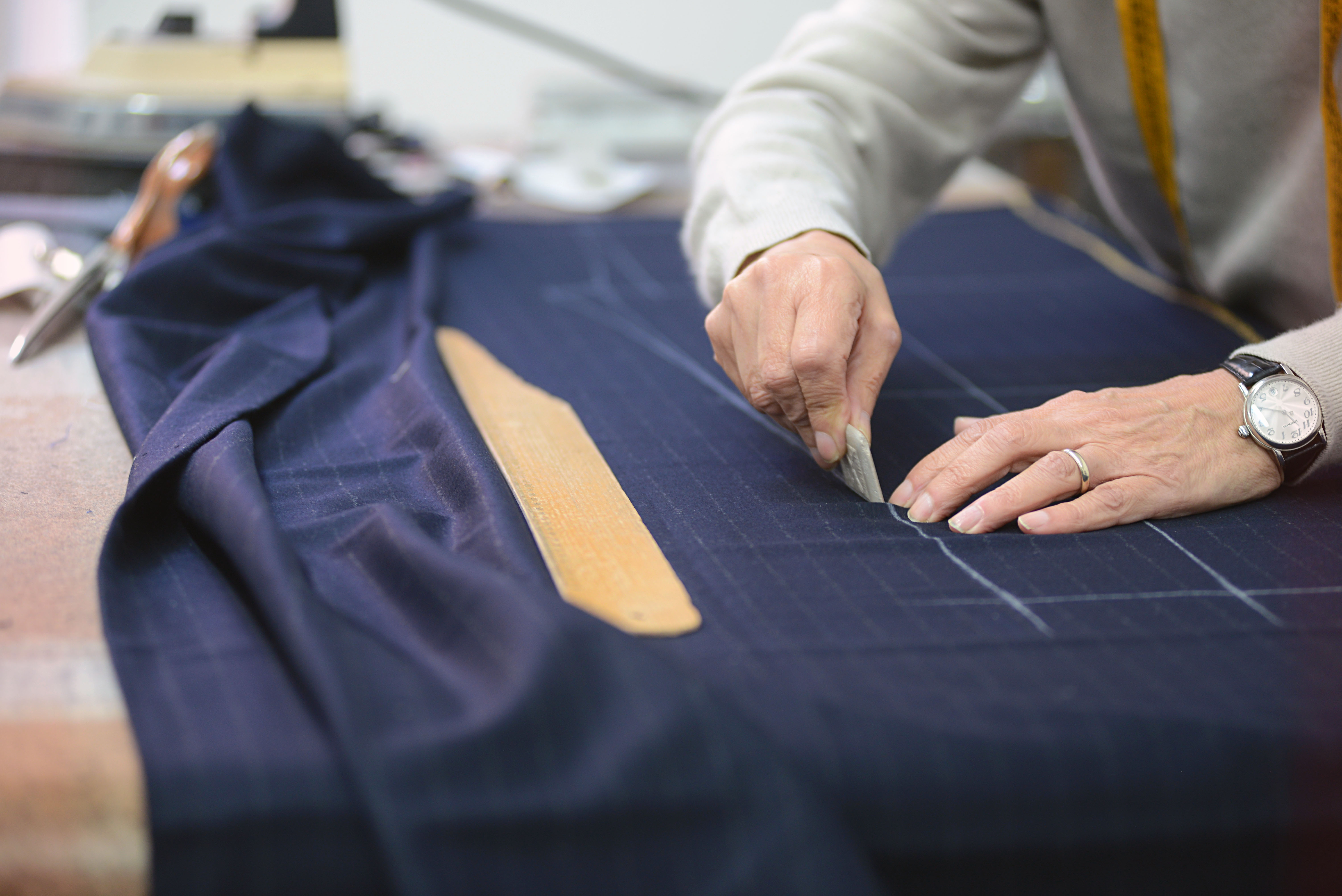 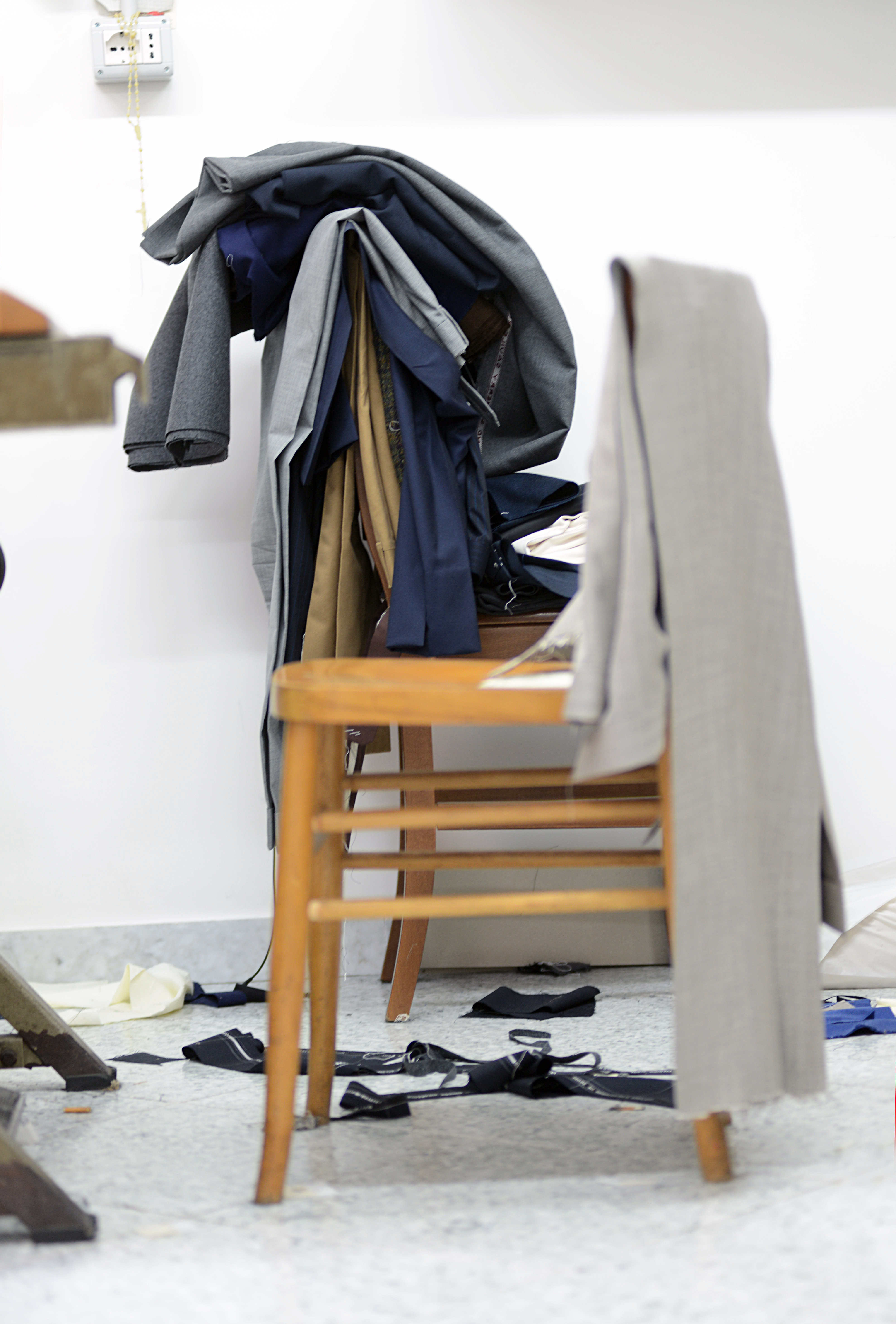 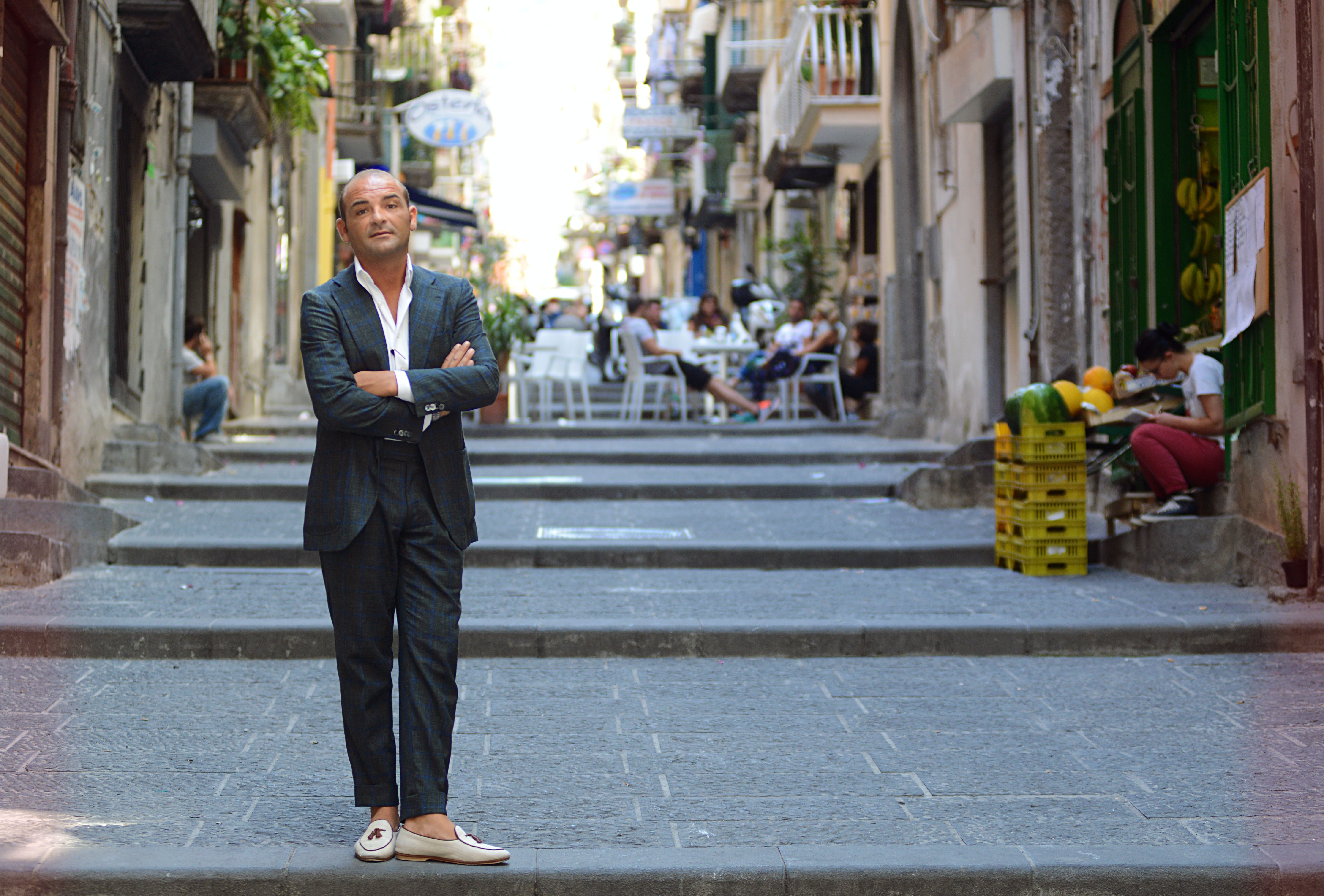 Google Salvatore Ambrosi and you’ll read that he may be considered one of the best trouser makers in the ‘stylish’ world.  Whether you agree or not is not what’s important, what is important is that his name will constantly be intertwined in conversations on bespoke trouser.  The man is relevant, and his work precise.

I’ve had the opportunity to sit with Ambrosi on numerous occasions, last Summer he skipped a day loaded with work in order to accompany me to Capri, Italy.  He is the modern day gentleman who smokes, speaks his mind, doesn’t put on a show for anyone, and doesn’t hesitate to curse when he feels the need to.  “I only make trousers” he says, but don’t be fooled with 95% of the stitching done by hand, the chap doesn’t need to sell you his product (Ambrosi doesn’t even have a website)- the work speaks for itself.

To the many eulogies alluding his expertise, the unrivaled lightness and comfort of his creations or their sculptural lines, Salvatore Ambrosi has the same nonchalant response ” they are just trousers”. And it is precisely in the man’s lack of pretension and determination to capture the essence of things that lies the beauty of a pair of Salvatore Ambrosi trousers.
The story of Salvatore Ambrosi doesn’t begin with him, he is a fourth generation trouser maker. Google him or ask in circles of some of the most discerning men and you will get an earful of accolades like “best trouser maker”, “King of Trousers” “The world’s finest trouser outfitter” but to truly appreciate his work is to spend time with him and get a feel for the man himself. While social media has contributed to his rise to success, it is not Ambrosi who is calculating and planning posts that will garner likes. In all honesty, Ambrosi is the artist who doesn’t seem phased with the madness- he still has no official website and last we spoke he had no intentions on having one. “I’m more concerned with making my product” was what he said when I asked about his social media image. Amidst this modern-day (digital) recognition craziness, An artist who would rather be acknowledged for his work than hype certainly commands respect.
I can’t help but believe that part of that attitude and allegiance to realness comes from his surroundings.

Ambrosi’s shop is located in the Spanish quarters, a neigborhood in Naples that epitomizes the city’s present-day stigma, with a reputation for crime often preceding all else. I’ve had the opportunity to visit Salvatore Ambrosi in his original atelier and the new one he recently moved into. The first atelier was a space littered with pieces of scrap fabric from completed trousers, a small window and a modest space where his mother, father and one aide would work alongside him, helping with certain details of the trousers. While the newer atelier is much larger, it still has Ambrosi’s old wood work station where he sits and creates. Salvatore Ambrosi’s trousers are slim fit, tapered and inevitably features single or double pleads. Hidden buttons sometimes replace the stitching at the cuffs so it can be ‎unfolded when being cleaned. “With the exception of the center backseam, each single stitch is by hand, which makes the trousers like a second skin that actually expands after wearing it” he explains to me like he does to many of his customers who question the tight fit at their first fitting. This precision and his understanding of the human body make for the divine cut and fit.

Regardless to the size of the Atelier, Ambrosi seems contempt to sit in a corner, needle in hand and cigarette at the tip of his lips, making “just trousers”, with the assurance of a bona fide master and the coolness of the artist who doesn’t know his oeuvre is already timeless. 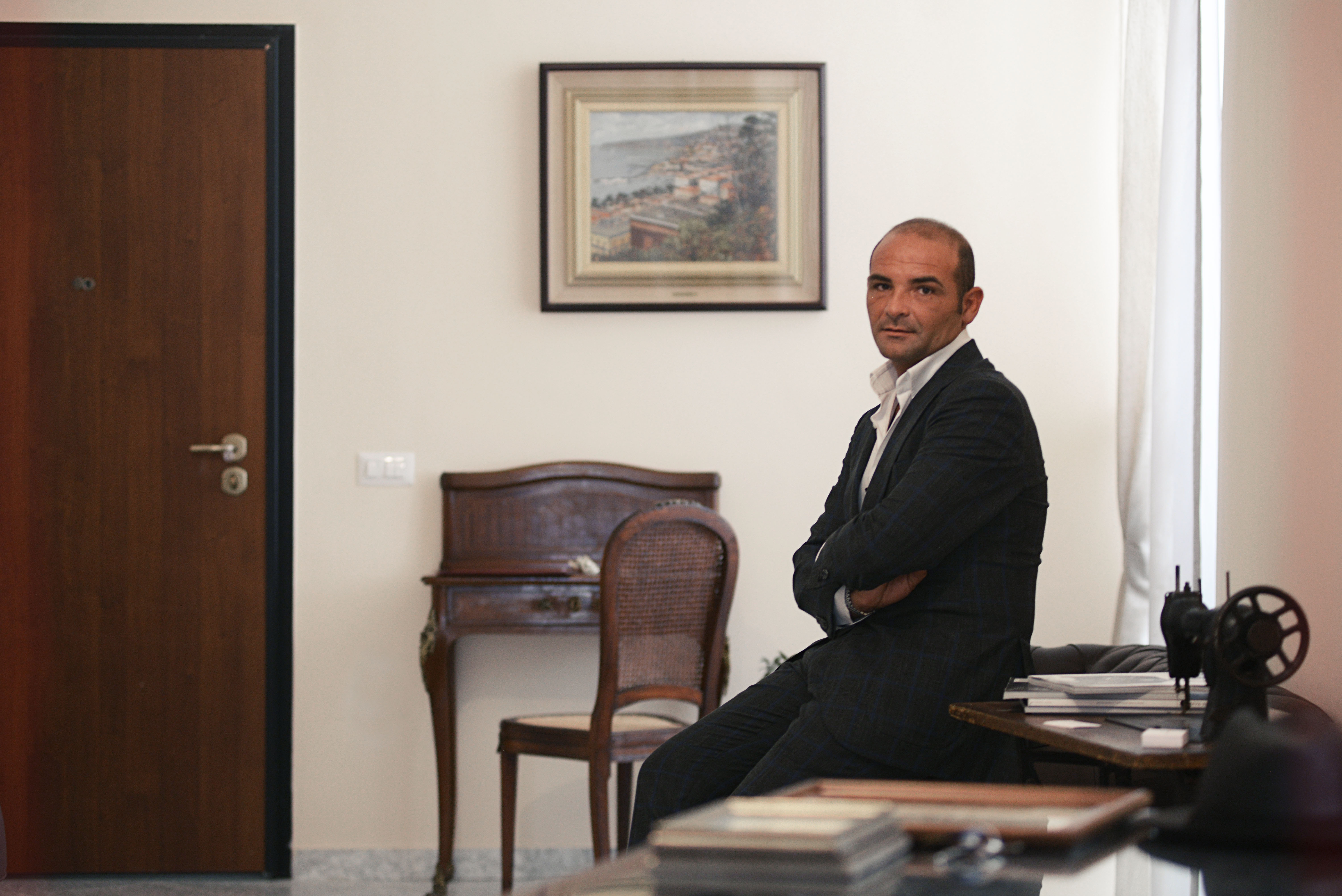